Shaun White dressed as Special Jack from the movie, “Tropic Thunder,” for a Halloween party.

Some people celebrate Halloween with trick-or-treating and candy or with jack-o-lanterns and ghost stories.

Over the weekend, the Olympic gold medalist posted a now-deleted photo on Instagram of himself dressed up as Simple Jack from the movie “Tropic Thunder.” 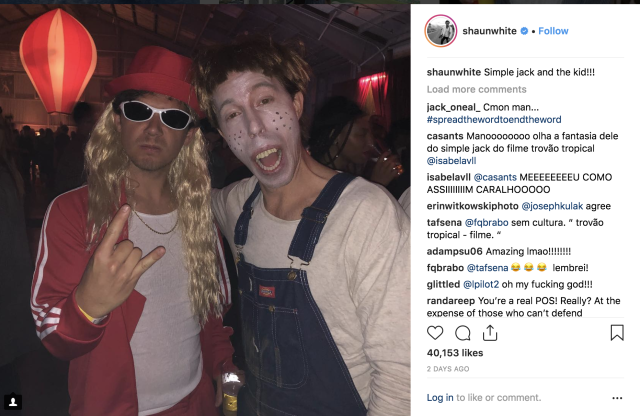 Jack is a character from the movie within the movie that makes fun of intellectually disabled people. In “Tropic Thunder,” he is frequently referred to as a “retard,” something the Special Olympics spoke out against when the film was initially released.

“When I heard about it, I felt really hurt inside,” Special Olympics global messenger Dustin Plunkett said back in 2008. “I cannot believe a writer could write something like that. It’s the not the way that we want to be portrayed. We have feelings. We don’t like the word ‘retard.’ We are people. We’re just like any other people out there. We want to be ourselves and not be discriminated against.”

Despite criticism, some did defend the movie after its release, and the character. They said the movie was not meant to mock disabled people, but it was a form of creativity. 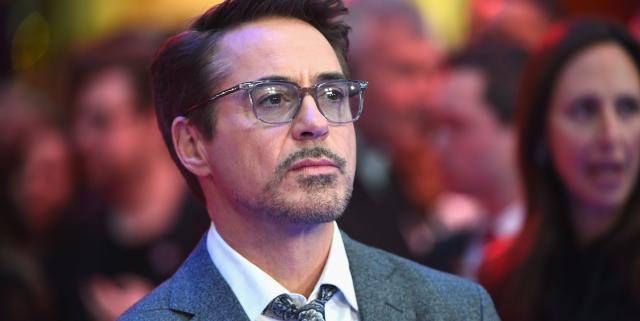 Robert Downey Jr. stood by “Tropic Thunder” and its characters when the film was released. (Getty)

“I think it’s open to interpretation and that’s the great thing,” actor Robert Downey Jr. said during the movie’s premiere. “You know, if I want to protest something because it offends me that’s my right as an American, and it’s also any artist’s right to say and do whatever they wanna do.”

Fans and disability groups immediately criticized White for his costume choice on Monday, leading the snowboarder to take down his post.

The Special Olympics later issued a statement to TMZ.

“We are truly disappointed that Shaun White, an acclaimed Olympian, would choose this costume which is so offensive and causes so much pain,” the statement said. “Disability is not a joke nor should it be a punchline. We hope that Shaun White and others learn that this just continues stigma, stereotypes and discrimination.”

He acknowledged that he had made a poor decision and was rightly criticized by his fans and by the Special Olympics. White also said that he would use it as a lesson and be more sensitive in the future.

If you really want to know how thinner the skin and soft society is becoming regarding expressing yourself and art, wait until Halloween. That’s our thoughts, what’s yours?